Review of Postcards from the Dead Letter Office by Dawn Manning

Review of Postacrds from the Dead Letter Office
by Dawn Manning
Published by Burlesque Press, 2016

It is not necessary to know anything about tanka, an ancient Japanese poetry form, to enjoy the poems in Dawn Manning’s Postcards from a Dead Letter Office.  However, she has written a succinct introduction to the form that will enhance your enjoyment. These poems employ often contrastive images juxtaposed in interesting ways and almost always use a characteristic turn or twist about halfway through the poem. The second half may show another aspect of the first lines or introduce a new idea.  The middle line may complete the first half and introduce the second half.  The subtlety of having the two parts very different is considered high art.  Traditionally, sometimes two poets wrote the two parts to ensure great contrast.  A huge part of the enjoyment of reading these poems is noting the different ways the poem is developed.

The poems in Dawn Manning’s collection employ many different devices to satisfy the requirement of the different kinds of relationships between the first and last parts of the poems. As she points out in the introduction, “The pivot is often achieved by the juxtaposition of images, an image and a response or the movement from strophe to antistrophe.  Other techniques central to tanka include the use of the objective correlative, volta (or turn, in which the poem feels suspended and a new idea is introduced), and zeugma (in which the middle line completes the thought or image of the first component but can also be read as the first line of the second component).

It is a little difficult to talk about tanka because part of the tradition is that they have no titles so I will refer to individual poems by their first lines as we look at several examples from the book.

In the the first poem of the collection,“on Sundays,” we read the first three lines and anticipate a poem that will continue in the religious vein only to be delightfully surprised by the last two lines, in which money in the collection plate is  compared with a definite twist to astronomical phenomena.

Another example, in which the middle line completes the first two and begins the next two, is “you needed the scars.”  You can begin with the middle line and read this poem up or down with equal meaning.

you needed the scars,
the years in the desert,
whispers the muse,
the way fire needs darkness,
something to devour

To show the variety of Manning’s shifts between the two parts of the poem, consider this poem, “toasting another year” with yet another approach, interesting because we can speculate on whether the author is looking at actual napkins caught in the drafts of high buildings, or by some happy coincidence, seeing the napkins fall as doves join the fluttering downfall.  Are we considering a comparison or a juxtaposition?

The tanka in this collection (each group of tanka is introduced by a longer poem that sets the thematic tone for the group) are divided into borderlands tanka, Mexico tanka, spring tanka, Tyrolean tanka, Venetian tanka, summer tanka, Amazon tanka, autumn tanka, museum tanka, winter tanka and China tanka.  The poet mentions topophilia, love of place, early on in a poem that begins “I’m always crossing horizons I once believed in, boundaries not as solid as the borders these scratched tracks mapped/into white space pretend.” As we enjoy this collection, we appreciate the horizons and boundaries the author plays with: a traditional Japanese form updated and “Englished.” Seeing life in a dead cat because ants are trekking into its body.  Dissolving the lines between the sacred and the secular. Experiencing tone-deafness when looking at pages written in an unknown language. Seeiing a wild spider web as a domestic knitted doily.

Tanka poet Marianne Bluger, speaking about the winner of the 2003 Tanka Society of America tanka contest, said, “Fine tanka are lyric poems characterized by their formal structure, and by the immediacy and intensity of one particular moment.  They tell us where a body is in the world; and what is going on in the poet’s heart and mind.  And then, by the force of the image(s) and by the clarity of both perception and language, the reader is transported from thse very particulars into some kind of transcendence. … Tanka poems are naked poetry.  The soul is bare, somehow.”

Almost all of the poems in this collection are grounded in place and time, not only by the larger divisions noted above but by what we might call micro-geography—an old bridge, a techno club surrounded by jacaranda trees, the junk behind a mechanic’s garage, a highway someplace, at some time, a highway with headlights that reveal a wolf chasing a deer. As we savor these locations, delineated artfully with just a few words, we are indeed privy to what is going on in the poet’s mind.  We have been invited to see, in a flash of headlights, the highway scene. Our first thought is for the deer trying to escape the predator, and then we are brought up short, into a transcendant realization, the second flash, in which both are trying to escape from the other predator, us.

headlights
reveal the chase
in two flashes: the deer
runs for its life, but so does
the wolf

To this western reader, tanka after tanka might lead to a certain amount of reading fatigue as the mind has to absorb so nimbly and rapidly a steady flow of new images and new developments.  It is refreshing to read the longer poems that serve as “entremets,” in a sense, between the categories of tanka.  For example, this longer poem introducing the autumn tankas maintains the sense of occasion and place but lets us linger in familiar seasonal images and feelings while maintaining the tanka awareness of seasons and fleeing impressions:

Chistmas catalogs
come so early—
fat squirrels wriggle open
the mailbox to bury nuts
in this pile of dead leaves
we keep Halloween vigil
with albino toms
ghosting through our alley—
heat-thin, flame-quick ferals
untroubled by their snipped wicks
the wild turkey entourage
bobs, clucks, and gobbles
through the labyrinth/of purring cars—
rush-hour delay no one minds

I’ll end by again quoting Marianne Bluger, writing about another collection of tanka:


“ Every one of these poems achieves “tanka splendour,” that lift-off into truth and loveliness that brings the reader solace and joy, however sad the subject matter.” These words capture perfectly the essence and fulfillment of the poems in Postcards from the Dead Letter Office (that wonderful, evocative title).  Hey, it’s a very fine book—buy a copy and settle down with poetry you can read over and over.  Maybe you’ll even try your hand at some tanka. 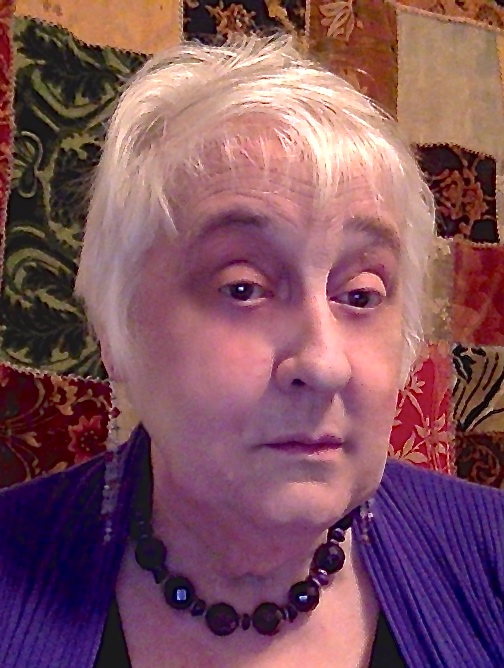